Back to the Howdy Blog

It was summer of 2012 and I had just graduated from university. The City of London beckoned  as did an accompanying job in finance. That’s what a lot of my friends were doing and was deemed normal in my world. It’s the next step, right?

Only, I didn’t want to go to the City and work in a bank. I had no interest in that world and I would be terrible at it.

I got a call from my brother Ben, and my now co- founder at Howdy, “Tristan you have to check out this tech startup called SportStream, think you’ll love it”. So I did, and he was right, I did love it. Their product was exciting and had been backed by none other than Paul Allen of Microsoft. One sticking point, they were based in San Francisco. “No problem” said Ben, “I’ll introduce you”. This concept of business intros was new to me, a 22 year old grad. “Erm OK! What does that mean?”

The very next week I was on Skype to SportStream founder and CEO Bob Morgan telling him  how I saw SportStream working in Europe. Before I knew it, he casually suggested I come spend a couple of months out in San Francisco with the team.  I had to think for about half a second. “Absolutely, count me in”. Within weeks I was on my way to the West Coast. What awaited me? I had no idea.

The coming months turned into one of the best periods of my life. The experience entirely flipped my perceptions about how companies can grow and be successful. I learnt about the Silicon Valley mindset, taking risks, being comfortable with failure, collaborating and about being open. Most importantly, I was exposed to some truly awesome people who opened my mind to how technology can change the world and be a force for good in our lives.

When the visa expired, I came back to the UK from San Francisco and got Liverpool FC onto SportStream. Facebook then acquired SportStream but without a visa it was time for me to move on. I spent some time away from startups, but not for long. The bug never left me and I knew that I wanted to return to this world.

Ultimately that introduction was one of the inspirations for Howdy.

I didn’t leave San Francisco with just some experience working in an office and some lifelong friends, I left with a totally new perspective on how work can be and how the work you do has the capacity to change thousands, if not millions of lives.

Introductions can change your life; my first one changed mine. Now we want Howdy to change yours.

If you’re an early adopter then please click here for iPhone and here for Android. Do join the Howdy Heroes hub. 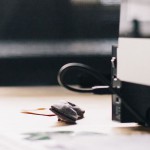 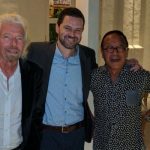 Howdy helped connect Richard Branson and Singapore’s extraordinary Ong Beng Seng last night, who can we help you connect with?